123 Show Noreen Mir : The perfect companion for your lunchtime!

Money Talk We welcome your questions, comments and feedback to read out in the show.

All the Way with Ray Our longest running show!

On Wednesday's Backchat, pan-dems in Legco and the new cycling track in New Territories.

A majority of the pan-democratic lawmakers have made it clear that they will stay in Legco for the coming year following the announcement of a poll results that determine their fate.

The Democratic Party surveyed some 2,500 people last week, results showed 47.1 percent of supporters said they should serve for another year, just 1.3 percentage points more than those who oppose.

Two lawmakers belonging to the opposition camp, Ray Chan and Chu Hoi-dick, had announced on Monday that they would end their role as lawmakers on Wednesday when the term of the current Legco ends.Tanya Chan also said she would not stay on after September 30, citing personal reasons.

Do you agree or disagree with the decision? Was it the right way to decide? How should they act in the extended Legco?

From 9:15-9:30am, we'll be discussing a new 11km cycling track connecting Yuen Long to Sheung Shui .

Let us know your thoughts . You can leave a message on our Facebook Page Backchat on RTHK Radio 3, email us at backchat@rthk.hk, or give us a call on 23388266

(Every weekday 8:00-8:30 am, except PHs, email moneytalk@rthk.hk, or visit our Facebook page MoneyTalk on RTHK Radio 3, or Twitter MoneyTalkRadio3)

All this week James Ross presents another "Music of My Life" mini series, in which he spends 25 minutes each morning chatting to some of the great names of pop music, and playing their choice of songs. This time he'll meet singer, songwriter, and composer Paul Carrack. Once dubbed by the BBC as the “the man with a golden voice“, Paul’s had great success through the years as a member of multiple big-name bands such as Roxy Music, Mike & The Mechanics, Squeeze, and with the band, which first brought him to prominence in 1975, Ace. He wrote and sang their global hit How Long. He also sang lead vocal on Squeeze’s hit Tempted, and Silent Running and Over My Shoulder, which were big hits for Mike & The Mechanics. Not to mention his own solo hits, and song-writing for bands like The Eagles, Diana Ross and Tom Jones, amongst many others.
James joins Phil Whelan after 11 each morning from Monday to Wednesday, and then he will be flying solo on Thursday and Friday.

Hong Kong's Top Story is Back!

When you face isolation, do you feel lonely, or do you welcome the peace and quiet? Engage with that feeling of remoteness, write a short story with the theme “Solitude” in less than 2,000 words, and win great prizes!

The Week on 3 returns

Join Noreen Mir with her choice of highlights from our Radio 3 programmes when the The Week on 3 returns to the airwaves. It's 30-minute review of some of the more outstanding and fun parts of our weekday shows, just in case you missed them the first time around. Radio 3 broadcasts a huge amount of content on several platforms and you can't be expected to catch it all, so every Saturday we'll select a few items for you that we think are worth a second outing, in The Week On 3.

Updated daily, it includes all of our popular weekly programme segments, our news output, and several of our completely home made audio books, specially adapted for us by their authors. 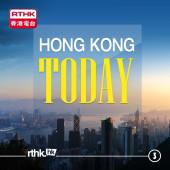 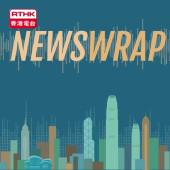 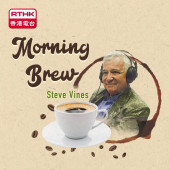 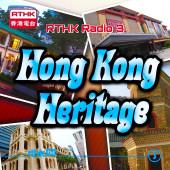 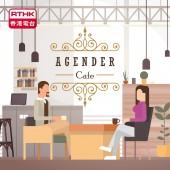